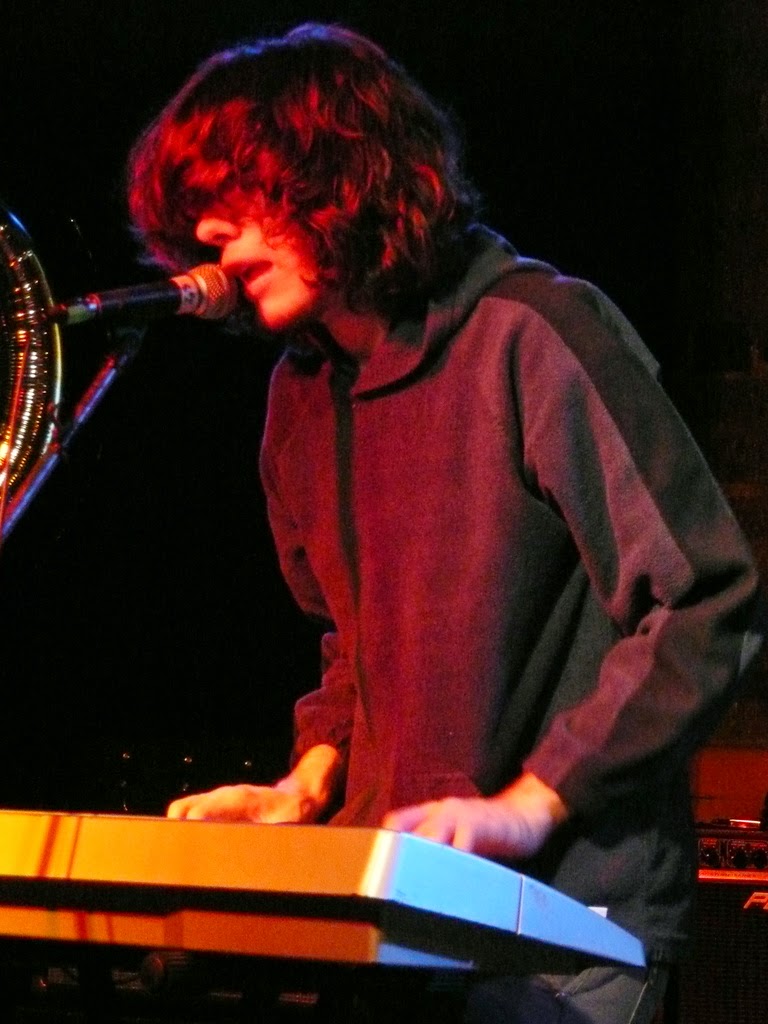 For those of you who aren't familiar with the work of Art Rush this may be of great service to you. I first stumbled upon the lanky, ungroomed and charmingly obnoxious Art Rush circa mid 2009 at a Hopetoun gig which was fundraising for FBi radio. He was bookended by Madeline Lucas (Devotional) and Daisy Tully (Low Lux), two subtle and very emotionally engaging performers. Although they were all solo artists, Art was the polar opposite of your regular guitar and vocals singer/songwriter. It was just him and his iPod jumping up and down singing about the state of music in Sydney, with songs like "I Spin Bland Beats" and a strange story about a "Silver Corolla".

Listen to Silver Corolla how it should be heard.

Over the years me and Art have worked on a number of musical projects including The New Termites and The Sweet Sweet Innards, we even lived together for a while in a dilapidated shack in Sydenham. I've been looking forward to this interview so I could explore Art's motives and also delve a little bit into the psyche of Sydney's premier lo-fi superhero.

So Art let’s get this started by talking about what’s been making you tick lately, I know you’ve been vigilantly researching for your Michael Jackson bio which is sounding very cool and you’ve also been blogging, studying and branching out into all sorts of literary projects. But I want to know what’s happening musically with you right now. I heard you’re working on the new instalment of your 50 malls project ‘Westfield Parramatta’ with the help of the lovely and very talented Paul Macadam (Library Siesta), what’s the direction been with it and where do you see it going?

Well, Paul and I put out a 'Driving To Canberra' EP not long ago called IGNORANCE, I really hate EP's and I always rag on them but I just really wanted to put something out. IGNORANCE has a few songs from the album we're planning called "9:31" and the last one will eventually be on 'Westfield Parramatta'. I am really in a lost space lately in terms of music, only recently I've been playing piano again now I finally have a decent living space and a clear head. I have 42 more malls to do so there's a lot of work ahead of me but it's going to come at a much slower rate. I'm going to need to find new approaches without losing too much of the grunge, the sort of filthiness in all the clipping of my earlier stuff. A lot of the songs we've been working on with Driving to Canberra just sound too clean. It's hard to get a good recording setup and I really don't want to force anything.

Listen to 'Driving To Canberra' here.

It's interesting how your lo-fi aesthetic seems to create the 'Art Rush' sound. It was really prevalent when you used to perform with backing tracks and your keyboard, but it's been a long time since you've done anything like that. Do you think it's more about the accessibility of recording on a laptop and the speed with which you can churn out records? Say you had access to a studio with engineers and an abundance of gear even session players for an entire year, would you relish in the opportunity to have a 'Pet Sounds' fantasy play out? Considering where Ariel Pink has gone with his latest releases, even though they have that clean studio sound, they aren't necessarily commercial songs. Do you find it's more about independence of creativity? Like being some sort of bedroom Rundgren.

Honestly it's all been downhill ever since I moved out of my parents' house in Gladesville. I had the ability there to make as much noise as I wanted at whatever time of night without having to be self-conscious about it, and a dodgy mic setup that suited me well. Also I was younger and cockier back then, I'm a lot more self-conscious about expressing myself now. If I had all those session players and whatnot, yeah I could come up with something for sure. Paul is basically a one-man version of all of that anyway. The other thing is that for some fucked up psychological reason I tend to push away, resent and alienate anyone who encourages me creatively. At least I'm aware of the pattern now and I'm trying to break it. Man I was just at a nursing home today, life is too fucking short. I've got a good singing voice and 42 more malls to do.

You seem to be singing more sentimentally recently rather attacking the everyday. The cockiness appears to have been replaced by a reflective and ephemeral presence. What subjects lyrically do you seem to be drawn to lately? Apart from the obvious themes like Sydney, malls, and young love.

Well... I haven't really been writing too much at all, the handful of songs I've done have been on some girl stuff, plus I really want to explore the "facilities management" industry on the Westfield Parramatta album but inspiration is slow, and it's hard to make that shit interesting. Honestly I feel like I've been gutted.

I know you won't consider backing down from the 50 malls project, like old mate (Sufjan Stevens) did with the 50 states, but it seems like focusing on other things has been good for you. You don't make music for money or commercial success, so how much of it is spite based?

The Westfield Sydney album last year was made entirely out of spite. It was my 'Atlas Shrugged'. Nobody really seemed to notice it even came out but I really like a lot of it, it gets pretty ridiculous but there's some great grooves, a lot of literary references just beneath the surface and the spite of it all works on several levels. The poetry slam scene needed to be taken down a peg. Someone had to do it. I've learnt to phase out the spite though, I read JD Salinger's "Franny and Zooey" which brutally exposed me to how immature I was being.

To add to the above. I really like bands that are humanist, completely positive. Songs that are genuinely uplifting, people who aren't afraid to be cheesy. It might look like clowning at first but there is serious wisdom in promoting positivity. For this reason Kool & the Gang are my favourite band of all time. A song like "Joanna" or "In the Heart" might not seem like much but if you pay attention these are incredibly profound statements from people who are in tune with the world. There's a full video on youtube of Kool & the Gang's show from New Orleans in the 1980s, I really recommend it for an idea of what I'm talking about. Also for similar reasons I've been listening to a lot of Human Nature lately. It's a shame they do so much Motown these days cause those guys are a total unit, absolutely on top of everything they do. And very positive. Their first album 'Tellin' Everybody' could have been an MJ record.

Check out Kool and The Gang at their best here.

Do you wonder how much of the positivity in music is somewhat ignorant? Or is the sense that it's heartfelt make it genuine enough? I'm often suspicious of 'happy' bands with a positive message because I wonder if they are preaching the words of positivity blindly without a lived in experience of it's real world application; as if they're Jehovah's Witnesses knocking door to door all saying the same thing. I'm not convinced by Yoko's 'Don't Worry' I just feel like 'Be Weary' is a safer message for most.

Well, Starpeace is my favourite Yoko Ono album. Completely positive, very new-wave, almost like children's music, even a bit Kool & the Gang-esque at times now I think about it. Yoko knows what's up in general, she is wiser and more experienced in every area of life than most people will ever be and has triumphed over so much hate in her life. She's also proven that she's capable of glass-shattering rage in tracks like "Don't Worry" as you mentioned. So coming from her it means a lot, and it shows me that having faith in humanity and love is not misguided. There's a quote from the liner notes of Yoko's Feeling the Space that I think about every day: "Hate is just a funny way of love."

That's nice man, I think you may have just reinvigorated my appreciation of those sentiments. Anything you wanna say before we tail end out of here?

Well to all the readers out there, if you have any advice for me my email is artrush@gmail.com

Art Rush also has his own Wiki Universe with all his 14 albums available for listening, head there for a better insight to what the man has achieved since 2007.